The Gem of Africa

“Motho ke motho ka batho” is a phrase used in Botswana that directly translates to “I am because you are”, indicating the harmony and unity exuded from this destination. The “Land of the Tswana” is the meaning of its name, referring to the dominant ethnic group in the country. The Tswana ethnic group migrated southward of Africa to modern Botswana around 600 AD. Consisting mainly of Bantu-speaking tribes who lived in tribal territories as farmers and herders. The country was colonised by the British in 1885. The British declared a protectorate under the name of Bechaunaland. The decolonisation of the country saw Bechaunaland become an independent Commonwealth republic on the 30th of September 1966. Since then, Botswana has been a representative republic with a middle-class economy; that is dominated by mining, cattle and tourism, lastly with the lowest perceived corruption ranking in Africa since 1988.

The annual climate ranges from months of dry temperate weather during winter to humid subtropical weather interspersed with drier periods of hot weather during summer. In summer, which lasts from October to March, temperatures rise to about 93 °F (34 °C) in the extreme north and southwest, the warmest parts of the country. In winter, which lasts from April to September, there is frequent frost at night, and temperatures may fall to near freezing in some high-altitude areas during the day. Summer is heralded by a windy season, the winds carrying dust from the Kalahari, from about late August to early October.

The Kalahari sandveld has often been called “thirstland” to distinguish it from true desert. Even in its southwestern corner, where there are some bare sand dunes, the vegetation is more characteristic of dry steppe than desert. The general vegetation of the country is savanna grassland while Mopane woodland covers most of the northern and eastern third of the country, with the exception of the open grasslands immediately surrounding the Okavango delta and Makgadikgadi Pans.

Animal life is extremely varied in a thirstland environment. About 150 species of mammals are found in Botswana. These range from 30 species of bats and 27 of rodents to more than 30 species of large mammals. Birdlife is prolific, with more than 460 species. Botswana has a great variety of reptiles and amphibians. There are several national parks and game reserves in Botswana, including the Central Kalahari Game Reserve—the largest reserve in the country and home to such animals as lions, black-backed jackals, elephants, foxes, ostriches, springboks, and zebras. Others include Chobe National Park, the Makgadikgadi Pans Game Reserve, and the Kgalagadi Transfrontier Park, a conservation area jointly managed by Botswana and South Africa.

The culture of the Batswana has always been preserved and respected. With different tribes living in the country with their own way of communicating, this has not stopped the community in creating an easier way to communicate with each other. Batswana use a three-way hand shake or just greet each other by saying “Dumelang” as a way of saying “hello” without physical contact. In the event of weddings, the women express their joy by the use of ululating as part of their culture.  What would an event be without a heartfelt dish? The cuisine of Botswana is unique and comprises mostly of meat as it is a country rich in cattle. The national dish is seswaa, a combination of different pounded meat, ranging from goat meat to beef. The meat is boiled until it is tender in a pot then later pounded. The dish is mostly served at weddings and funerals.

You will need a passport that is valid for at least 6 months to visit Botswana. The country's currency is the Botswana Pula (BWP) which is worth around R1,34 Accommodation options in South Africa vary in price but are affordable, ranging from camping to lodges and luxury hotels. There is something for every budget.

Botswana is the embodiment of the famous African proverb “If you want to go quickly, go alone but if you want to go far, go together”. The destination not only provides tourists with a perfect vacation atmosphere but will leave you planning your next trip while you are still in the country. 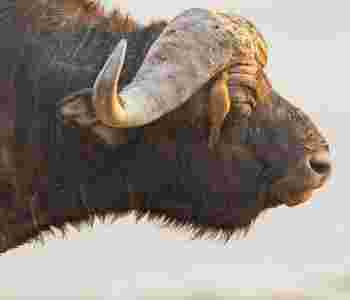 The ultimate safari experience is a day-trip to Chobe National Park in Botswana, which boasts Africa..

A beginner's guide to Botswana

A beginner's guide to Botswana