The Kingdom in the Sky

The Kingdom of Lesotho’s motto is “Khotso, Pula, Nala” respectively translated as “Peace, Rain, Prosperity”. Their motto alone tells you everything you need to know about this destination, which is a country filled with peace and green spaces due to the rain. Its name roughly translates to “the land of the people who speak Sesotho”. The country is enclaved and is within South Africa’s border, making it one of the world’s 3 independent states completely surrounded by territory of another country. It is the only state of its kind outside the Italian peninsula, and the only one that is not a microstate. The country’s capital and largest city is Maseru and its official language is Sesotho. Before it declared independence from the United Kingdom on the 4th of October in 1966, it was ruled under the British Crown Colony of Basutoland. Today, the country is a sovereign state and a member of the United Nations, the Commonwealth of Nations, the African Union and the Southern African Development Community (SADC).

Lesotho has a temperate climate, with hot summers and cold winters. Grass is the natural vegetation in this virtually treeless country. The high plateau is covered with montane or subalpine grassland. Red oat grass forms a dry carpet in much of the Drakensberg foothill region. Lesotho has amazing wildlife. Most of the animal species, such as an African lion, leopard, jackal, hyena, meerkat, buffalo, rhino, zebra, wildebeest, and many others, are typical of Africa.

Lesotho offers travellers with majestic views of the Katse Dam which is one of the second largest double- curvature arch dam and the Maletsunyane falls. Head over to the Morija Arts and Cultural Festival to experience a rendition of Sesotho songs and arts. The Festival takes place annually in the historical town of Morija, where the first missionaries arrived in 1833. Before leaving, end off your trip at the Thaba Bosiu Cultural Village.

The country is rich in culture. Its culture is both valued and preserved for future generations. The traditional housing style in Lesotho is called a “mokhoro”. This type of housing style can be found in smaller towns and villages. Its walls are usually built from large stones cemented together. When you take your trip to Lesotho, there is one item of clothing you will always see on men and women, the Basotho blanket which is made mainly out of wool. The blankets are considered to be a “national treasure” and are worn throughout the country during all seasons. The blankets are worn differently by both men and women. Lesotho's food culture features likhobe (a stew with beans, berries, and sorghum), meat, and vegetables. Corn-based dishes include papa and motoho (fermented sorghum porridge). Basotho cuisine includes sauces, generally less spicy than other African countries. Beetroot and carrot salads are common side dishes.

Traveling to Eswatini require a passport that is at least valid for 3 months. The currency is the Loti (LSL) which is worth around R1. Accommodation is very affordable and includes camping, bed and breakfast and affordable hotels.


For an experience of a lifetime at an affordable rate, you won’t be digging far in your pockets for your trip to Lesotho. 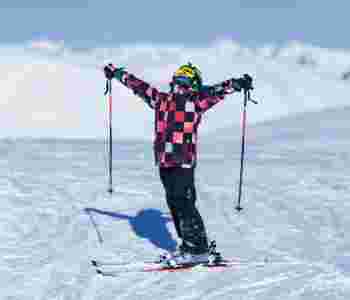