The United Republic of Tanzania is a picturesque country located the East African Lakes region. Here in this beautiful country, you will find world-famous attractions like the Ngorongoro crater, Mount Kilimanjaro which is Africa's highest mountain and the Serengeti National park. Tanzania has a rich history dating back 2 million years ago and recently fossils of that age were found in the country. Between 2000 and 4000 years ago Tanzania was populated by migrants from the South world war one Tanzania was governed as Tanganyika, with the Zanzibar Archipelago remaining separate. After their independence in 1961 and 1963, the two nations merged in 1964 as so the United Republic of Tanzania was born. The country does not have an official language, although the national language is Swahili.

You would have to search far and wide to find such beauty elsewhere in the world, Tanzania shows off with its mountainous and densely forested northeast region, where Mount Kilimanjaro is located. Three of Africa's Great Lakes are partly within Tanzania: to the North and West lie Lake Victoria, Africa's largest lake, and Lake Tanganyika, the continent's deepest lake, known for its unique species of fish. To the south lies Lake Malawi. The eastern shore is hot and humid, with the Zanzibar Island just offshore. The Menai Bay Conservation Area is Zanzibar's largest marine protected area.

Tanzania has a vast landmass, bordering the Indian Ocean. It is well known for its iconic wildlife, national parks, and World Heritage sites.
This would not be an African country without a Safari and Tanzania has some of the best Safaris trips. The vast plains of the Serengeti are home to the Great Migration, an annual event that sees massive herds of ungulate follow the rains to greener and tastier pastures. The Ngorongoro Crater, the world’s largest inactive and unfilled volcanic caldera, is home to a huge variety of wildlife. Whatever kind of safari you’re after, you’ll find it here. Many flock to the northern parks but often forget about the southern parts of this country, which is home to one of the largest reserves in the world ­– the Selous Game Reserve which is nearly four times the size of Serengeti National Park. The newest addition to the countries wildlife parks is the ﻿Wami-Mbiki Wildlife Management Area where you can get close to elephants, giraffes, hartebeest, and zebra.

Offshore, Tanzania also supports a rich diversity of marine life including manta rays and the gargantuan whale shark. The Kalambo Falls, located on the Kalambo River at the Zambian border, is the second-highest uninterrupted waterfall in Africa.  And what would a trip to Tanzania be without a hop on over to Zanzibar? Just off the mainland is the island of Zanzibar the picturesque white beaches and blue waters make a perfect getaway for holiday fun, and sailing. Even the narrow streets of Stone Town, twisting and turning through ancient Arabic buildings, look like an exotic film set.﻿ Divers will love Zanzibar too as it boast many protected reefs and diving sites.

The taste of Tanzania is just as unique as the country itself, you will by default find grilled meat, maybe with a curry sauce. But dig a little deeper and you’ll find fabulous dishes that reveal a considerable Indian influence but zinging with the freshness of local mangoes and coconuts.﻿ Drinking in Tanzania is quite an adventure too. Hang out in a village in Africa for long enough and you are bound to be offered some of the local beer. There’s a honey beer, banana beer, and fermented sugar can juice called pombe.

﻿You will need a passport that is valid for at least 6 months to visit Tanzania and the country’s currency is The Tanzanian Shilling (TSH) . Accommodation options in Tanzania vary in price but are affordable, ranging from small guesthouses to lodges and luxury hotels. There is something for every budget.

If you are looking for a warm holiday on a sandy beach or a luxury African safari with a twist ,Tanzania has all you will want to find and more. This country has so much to offer and you will need to take multiple trips to enjoy it to the fullest. 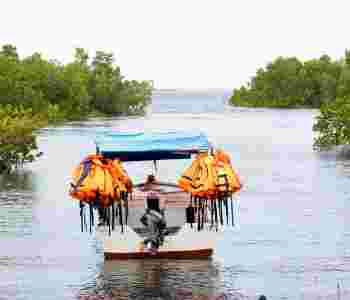 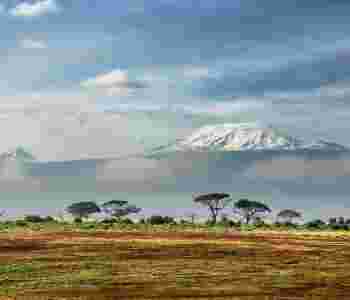 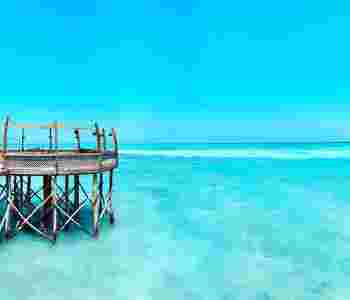 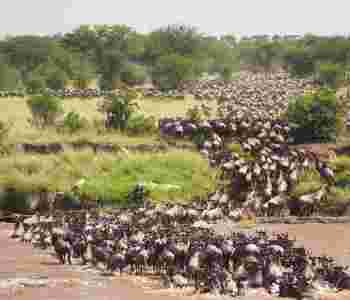 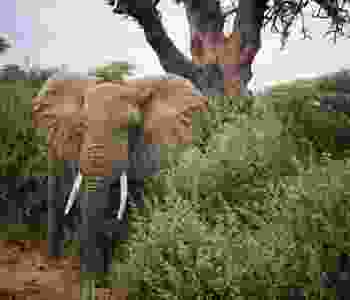 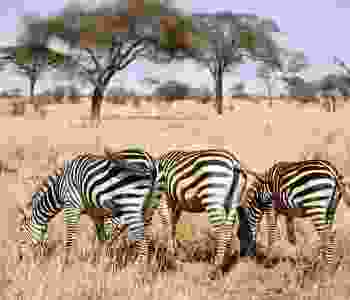 A typical and most popular itinerary for Muzuri Tours. If you hear safari and think wildlife, this t..

A special tour for those who want to relax with the whole family in exotic Zanzibar; white beaches, ..

On this 4-day camping safari you will explore the Tarangire National Park with its huge elephant her..

You have dreamt of safari, but have never been able to fit it into your busy schedule. We have desig..

​On this 6-day lodge safari you will visit the Tarangire National Park, the Ngorongoro Crater and ..

​On this 6-day lodge safari you will get to explore four different wildlife areas in northern Tanz..

Machame is a camping route and is tougher than Rongai and Marangu routes as it is steeper. Machame r..

The Marangu route, also known as the "Coca-Cola" route, is the oldest, most well established route o..

​The Lemosho route is lesser known.It begins on the western side of Kilimanjaro. Walking through t..

One of the most breathtaking and popular routes on Mount Kilimanjaro, the Machame (or ‘Whiskey’)..

Join the most thorough exploration of northern Tanzania with an immersive mix of African wildlife an..

The spice Island of Zanzibar is like no other island destination. This tour is for those who want to..

Camping Safari Tours experience of sleeping out under the infinite stars, embarking on early morning..