Located on the southern tip of Africa, you will find South Africa, country rich in culture and full of people who love with all their hearts. South Africa has a long and complicated history to her freedom as a Republic in 1994. Like most countries, South Africa is no stranger to power struggles and its people have overcome tremendous adversity.But this is where South Africans can stand proud and say they are a joyous nation despite the past. South Africa has 11 official languages making it one of the world's most diverse cultures. The country consists of 9 provinces and it is also one of the few countries in the world with more than 1 capital city: South Africa boasts 3, which are Johannesburg, Cape Town & Bloemfontein. The largest being Johannesburg. With a land size of 1.22 million km2 South Africa has some of the most beautiful features.

South Africa is surrounded by oceans and overall, has a temperate climate which varies from one region to another. For instance Kwazulu-Natal has a sub-tropical climate while Eastern Cape has a Mediterranean climate, with hot, dry summers and cold, moist winters. The South African climate is generally mild all year round, with average rainfall of 500 mm – compared to a world average of 857 mm. Seasons are the opposite of Europe: the South African summer goes from October to March. At that time of the year, temperatures range from 15°C to 35°C. Winter goes from April to September and temperatures can vary from 0°C or even less, to 20°C at mid-day.

The great diversity of South African wildlife is one of the main tourist highlights. South Africa is host to the three largest land mammals: elephant, rhinoceros and hippopotamus. Of course, the famous “Big Five” – lion, elephant, leopard, buffalo, rhinoceros – are the pride of South Africa’s Natural Parks. But also boasts giraffes, antelopes, a vast marine fauna and a number of birds such as ostrich and black-footed penguin. The South African flora is as diverse as the country itself. South Africa’s plant life alone represents one tenth of the world’s botanic heritage, with some 25.000 species. The area around Cape Town, hosts 8.500 different plant species, including 2.500 just in the Cape Peninsula and 5.000 which are not found anywhere else on the planet.

South Africa is one of the most diverse and enchanting countries in the world. Exotic combinations of landscapes, people, history and culture offer the traveller a unique and inspiring experience, along with the best and least crowded beaches in the world. If you are after surfing, whale watching, shark cage diving, or just sunbathing next to the ocean, there is a whole country worth of beaches just waiting to be explored. Throw in wildlife parks such as the The Kruger National Park, Ten UNESCO World Heritage Sites, exquisite beach-side villas, beautiful natural scenery, a great infrastructure and a stable post-apartheid environment and you have a great destination waiting to happen.

There is so much more to this wonderful country than wildlife & nature, South Africans love for people is infectious. You can go into any community, city, or small town and find people from every culture. Their love for food, socializing around a braai (barbeque) and dancing are two things all the South African cultures have in common. South Africa has even dedicated a none official national day for a braai, they love their meat!

﻿You will need a passport that is valid for at least 6 months to visit  South Africa. The country's currency is the South African Rand (ZAR). Accommodation options in South Africa vary in price but are affordable, ranging from camping to lodges and luxury hotels. There is something for every budget.

Whether you choose to fly or drive across South Africa, you will be stunned by her beauty, each province boasts its own unique landscape, people & culture. South Africa is calling answer her call! 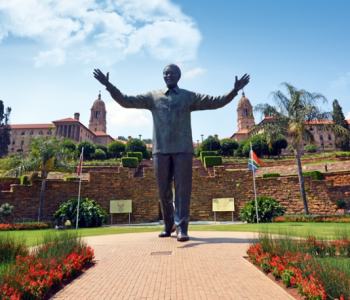 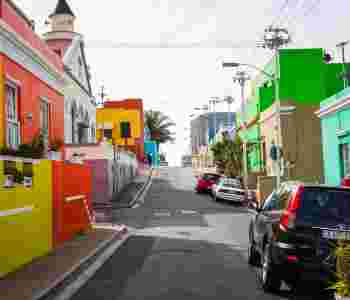 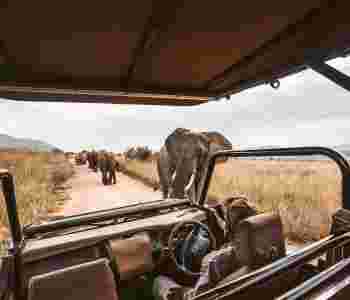 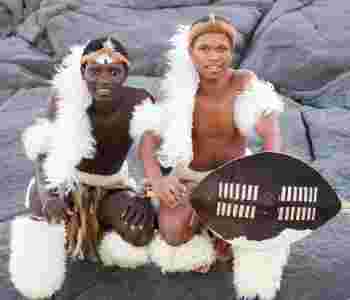 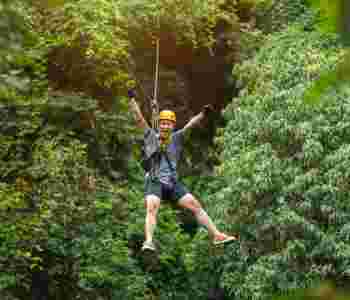 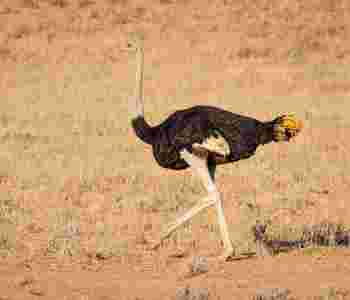 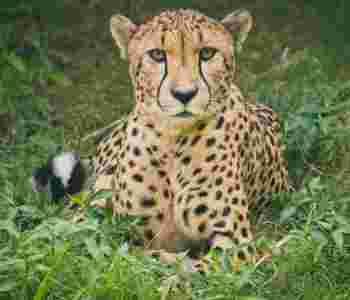 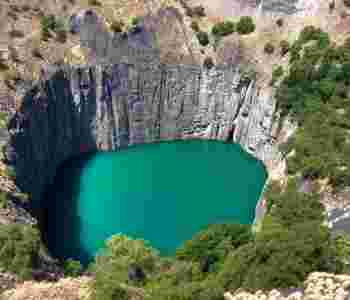 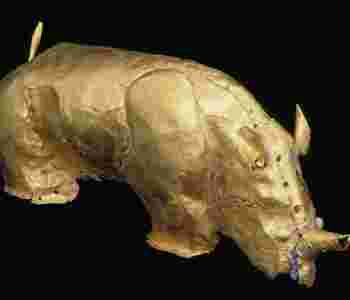 This thrilling microlight flight takes place in the quaint town of Hoedspruit, situated at the foot ..

Experience the thrill of soaring above the ground on this 20-minute microlight flight near Hoedsprui..

Guided walking on sections of the Oystercatcher Trail. You'll carry only your day pack, and stay ove..

Experience the thrill of soaring above the ground on this 20-minute microlight flight near Hoedsprui..

Get a bird’s-eye view of the scenic Hoedspruit area in the Limpopo province on this 60-minute micr..

Combine a cultural Cape Malay cooking experience and get a taste of the rich history of Cape Malay. ..

This Wilderness safari offers a fantastic opportunity to escape city life and stress . A chance to e..

Combine a Camissa Langa walking tour with a cooking experience in a family home or local restauran..

Our Amphitheatre Slackpacking Trail has been designed to enable walkers of average fitness to reach ..

Situated in the world-renowned Cradle of Humankind World Heritage Site. Enjoy the scenic drive in th..

Situated in the world-renowned Cradle of Humankind World Heritage Site. Enjoy a thrilling and educat..

Sit back and relax on this full day of exploring. Immerse yourself in nature, take in the the scenic..

Clarens is a small town situated in the foothills of the Maluti Mountains in the Free State province..

Walk through a historic neighbourhood and learn about its transformation over time. Modern coffee cu..

Royal Natal National Park has some of the best mountain scenery in Africa.

Antbear Lodge offers a hot air balloon take off site right in front of the lodge. Experience the awe..

This Langa bike tour is a social impact experience which offers responsible exploration in an import..

An exclusive Full day safari in Kruger Park via Crocodile Bridge or Malelane Gates with our professi..

An exclusive Half day safari in Kruger Park via Crocodile Bridge or Malelane Gates with our professi..

This is a unique cultural / historical experience. We combine the popular Footsteps to Freedom city ..

Embark on a spectacular journey around Cape Peninsula, taking in all the highlights and breath-takin..

Full day experience that highlight the day and night life of Durban focusing the culture and history..

Full day safari (8 to 9 hours) in Kruger Park via Crocodile Bridge or Malelane Gates with our profes..

Explore the Drakensberg foothills without the burden of a backpack walking from lodge to lodge, havi..

Slackpack the 60km National Hiking Way in the foothills of the Drakenberg from Sani Pass to Bushmans..

This is a variation of our daily scheduled half day Township Tour where we include a visit to a Gosp..

Graskop is a small forestry town perched on the edge of the Drakensberg escarpment, centrally situat..

Half day safari in Kruger Park via Crocodile Bridge or Malelane Gates with our professional, knowled..

Hillbrow is a true representation of a world class Africa city despite it's bad reputation for crime..

This Johannesburg art tour aims to shine light not only on the artists but also the range of differe..

Explore Johannesburg on our E-scooters experience to cover more neighborhoods and space in the city.

Cycle through the inner city and see all the good happening in Joburg. Enjoy some light exercise, pi..

Exploring the city on a skateboard is one of the coolest ways to get to know Johannesburg, you don't..

This a SPECIAL tour of the Kruger National Park. This is a camping tour with original camping style...

​Experience the diversity of Southern Africa on this amazing experience. Spend 3 nights on an adve..

At Linduli Lodge we strive to assist visitors to experience a wide range of adventures and when the ..

Skate and immerse yourself into the urban street culture of one of the world's coolest neighbourhood..

Use the smoothest roads in "Jozi" to learn about the history and skateboarding culture of the city!

Immerse yourself into the sound of the wild while you glamp.

For open minded night-owls looking for something adventurous. Enjoy the nightlife of Johannesburg a..

This Rediscover Johannesburg tour is for friends and family looking to see their city through a uniq..

Take a breathtaking journey through the winelands of the Cape. Drink in the beautiful landscape dott..

The Sandton opulent experience is a lil taste of the soft life , we get around the richest square mi..

An introduction to Soweto, the history. The history about Villakazi Street and the Nobel Prize winne..

3 nights accommodation including breakfast, sunset cruise & paddling with the penguins.

This Johannesburg food tour takes you on a journey across Africa. Taste a little something from dest..

On the organic experience, we take a trip through Johannesburg's neighbourhood “Bertrams” that h..

Tierklip farm stay is a truly karoo farm experience where you can enjoy the peaceful sounds of natur..

Combine a schedule Camissa Township tour with a soccer game (30 -45 minutes) with the locals.

Immerse yourself in the warm heart of the Eastern Cape’s Wild Coast with this 3 night 4 day hike c..

Take Me For a Spin, inAfrica!

Girls Can Now Have Fun with inAfrica

A selection of safe, women-friendly experiences brought to you by inAfrica for Women 's Month