The Land of Many Faces

Namibia is an independent country on the southwest coast of Africa bordered by South Africa, Botswana, Angola, Zambia, and the Atlantic Ocean. It gained its independence from German, South African & British rule on the 21st of March 1990. The country was founded by the German settlers in the late 1800s, but the native San bushman, Damara, and Nam people have lived on these lands since the 1400’s. Namibia is part of the United Nations, The African Union, and the Commonwealth Nations.The capital of the country is Windhoek﻿. The population of the country is around 2.4 million people and is governed by a democratic parliament. Namibia thrives on the mining of diamonds, uranium, gold, silver, gems, and base metals. The country has a rich tourism industry. Namibia is the driest country in sub-Sahara Africa, thus making it the least populated country in the world. The Namibian desert is the oldest in the world and spans 2000km in length but only 200km is a stretch along the coast.

The Sub Saharan climate and the ever-changing climate have provided an ecosystem for large trees and small insects to flourish here. The fauna & flora that exist here is very good at preserving water as it is such a rare commodity. Namibia has 26 parks & game reserves that are dedicated to conservation and education on eco conversation The most famous park is Etosha. Namibia is also home to many endangered species as much of Namibia is untouched by human hands, and the wildlife is fiercely protected. You will find many species here like the endangered black rhino, wild dog, puku antelope, and oribi. You can also find big and small mammals in Namibia. What would a dessert be without lizards, mice & dune dwellers? The country also boasts the largest cheetah population in Africa.The national bird of Namibia is the African Fish Eagle and there are over 340 bird species, including the ostrich, owls, cranes, and African warblers. Due to harsh desert conditions, Namibia has magical vegetation. Over 4000 seed-bearing plant species, 120 tree species, 200 endemic plant species, and 100 Lichen species grow here. This is the only desert in the world with this many species of flora. The oldest plant species, the Welwitschia Mirabilis also grows there.

Namibia offers a variety of sport and adventure activities. They include boat tours through the Waterberg river or down the Fish river through the canyons. You can also go on city tours through Windhoek or visit the Skeleton Coast for spectacular views of the shipwrecks. Desert tours & safaris are tourists' favourites, Hiking & walking explorations through the vast terrains of Namibia are also possible, just don’t forget your sunscreen!

Namibia is a multicultural country with 11 different ethnic groups. The culture of most Namibians is characterized by the merging of original tradition and modernity. This very often creates an exciting, charismatic individual culture that cannot be found anywhere else in the world. The Namibian gastronomy is varied and most popular dishes include native maize meals, seafood at the coast and Afrikaners meals inland. You can also find game meat cuisine at the many lodges and parks.

You will need a passport that is valid for at least 6 months to visit Namibia. The country's currency is the Namibian Dollar (NAD)﻿. Accommodation options in South Africa vary in price but are affordable, ranging from camping to lodges and luxury hotels. There is something for every budget.

Namibia is a magical desert waiting to be explored. 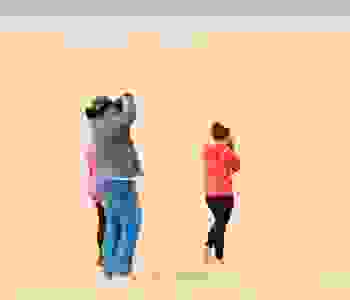 Join us for any photographer’s ultimate desert dream and nightmare all rolled into one. Whilst the..

Experience leasure sailing on the south Atlantic ocean in search of the marine Big 5 and a thrilling..

Sandwich Harbour - part of the Namib Naukluft Park - is a place many have heard of but very few have..

Explore the rugged beauty of Sandwich Harbour and the Namibian coastal landscape and discover an act..

This three-day adventure provide the experiences of driving through spectacular dune areas, overnigh..

You've heard about the South African wine route, but did you know about Namibia's?